Today the HBS Author's Spotlight is showcasing Award-Winning Author Dianne Harman 2020 published novels. She is a Bestselling Mystery, Suspense and Romance author. Dianne has another novel being released in April 2020: Deadly Accusations. 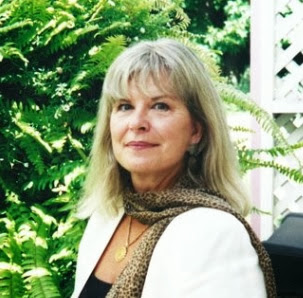 Author Description:
Two-time USA Today Bestselling Author and seven time Amazon All Star Author, Dianne Harman, draws her stories and characters from a diverse business and personal background. She owned a national antique and art appraisal business for many years, left that industry, and opened two yoga centers where she taught and certified yoga instructors. She's traveled extensively throughout the world and loves nothing more than cooking, playing backgammon with her husband, Tom, and throwing the ball for their dog, Kelly. 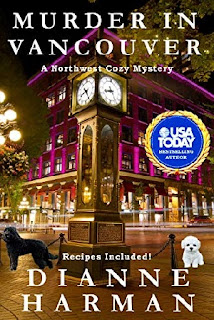 A famous fashion designer
A poisoned box of chocolates
A stolen painting
Al, the Mafia man, is back on the job

Milton Arrowsmith is murdered by a poisoned box of chocolates on the morning of an art fundraiser, and a valuable painting is stolen from his apartment.

His friends hire Al, both for their own security, and to find out what happened to Milton. Al investigates their social circle, and finds out everyone has secrets, some even connected to the case. It turns out the killer is much closer to home than anyone could have imagined...

Plenty of great food and two adorable dogs in this page-turning cozy mystery by a USA Today Bestselling Author and Amazon All-Star. 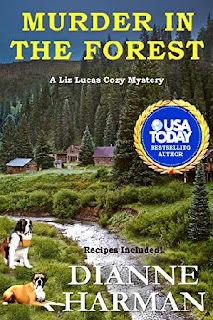 Murder in the Forest

Former cop Michael Hessop arrives in Red Cedar with a mission - track down a teen girl named Delaney Sparrow and the predator who convinced her to run away from her family.

He finds out about Liz Lucas' reputation for being an amazing amateur sleuth from the owner of Gertie’s Diner, and teams up with Liz and her dogs, Brandy Boy and Winston.

The dead body of a young girl is found in the woods with a note saying the killer 'will strike again.’ The killer makes an anonymous call, taunting that he's got a girl tied up somewhere in Red Cedar, and if she's not found in three days, he'll kill her, too.

Is the murdered body Delaney Sparrow or is she the one who’s tied up? It’s a race against time for Liz, Michael, and the dogs. 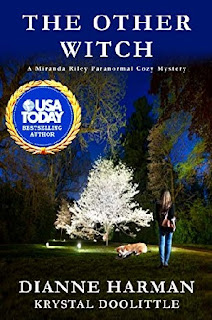 Believe in witches? If not, you may want to rethink it.

As Miranda settles into her new role as a paranormal investigator, her mother, Eve, takes a back seat on their newest case.

Proving she’s capable of filling her mother’s shoes may be troublesome, however, when Miranda senses that what they're dealing with isn't your typical, everyday paranormal, but something altogether different.

People in the area are disappearing at an alarming rate, and Miranda has to act fast. But with her mother acting strangely, things heating up between her and the Alpha male, Jesse, plus her odd pull to Police Chief Jack Winslow, Miranda starts to feel as if she's going in circles. Good thing she has her Corgi dog, Hank, to help. 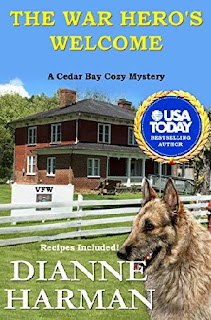 The war hero returns home
With his dog, Wicked
Both have been injured
Their welcome should be pretty straightforward
But not everyone likes a war hero
Maybe Kelly’s son, Cash, should have stayed in Afghanistan
At least there he knew who the enemy was!

They never planned on becoming involved with a kidnapping

Good to have guard dogs when you need them 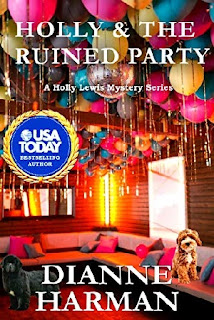 Holly and the Ruined Party

A surprise party at a church
To celebrate her aunt Fiona’s success as a fashion designer
Streamers, banners, and food
All destroyed on the night before the party
Who did it and why?

When the party Holly has carefully planned is maliciously destroyed hours before it’s to take place, her friends and family frantically work to salvage it.

But who would want to ruin a party? Doesn’t everyone love a party? Was it someone who had a grudge against Fiona? Or maybe against Holly?

Holly and Wade are afraid if they don’t find the person responsible, they’ll do something even more damaging during the party, like harming someone at the party. 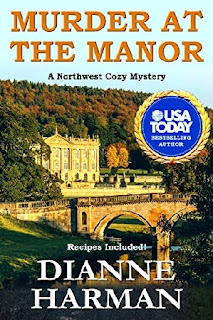 Murder at the Manor

Cecil Boatwright-Jones was the epitome of a crotchety old man
So crotchety he was murdered
After all, when you’re worth millions
And you won’t spend a dime On your run-down English manor, Little Dockery
Or your family
Or anything else
Maybe murder is the answer
But it’s never acceptable

DeeDee and Jake wish they’d never left Seattle to accept a case in the village of Finchingfield , England. What started out as a wonderful excuse to spend some time in Europe quickly becomes a nightmare. Staying in a manor that has over one hundred rooms and a lot of secrets doesn’t make for pleasant dreams.

When everyone hates a man, finding people with a motive is not a problem. What is a problem is too many suspects with very good reasons to commit murder. DeeDee and Jake have another problem. If they don’t find the murderer, there’s a good chance they’ll be the next victims. 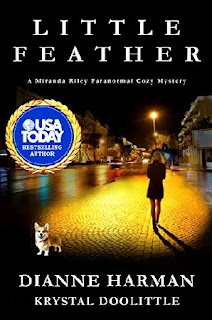 All it takes is one phone call to change your life.

Miranda Riley is a blackjack dealer in Las Vegas when she receives a call from the police that her mother, Eve, is missing. She rushes home to Little Feather, Oklahoma, hoping to quickly find her mother so she can return to her life in the big city.

But once Miranda begins to search for her, she finds there is much more to Little Feather and her mother than she originally thought. First, the city is an oasis for supernatural creatures, and secondly, her mother was the Paranormal Investigator who kept them all in line.

As a P.I., it was her mother's job to make sure the paranormal creatures stayed out of view from humans and didn't commit any crimes. But now that she's gone that’s changing.

Miranda finds herself caught up in a world she never knew existed. She needs to find her mother before paranormal things get out of hand in Little Feather, and two very attractive men are willing to help her.

Some links may be connected to Associate sites. Sponsored by: HBSystems Publications
Publisher of ebooks, writing industry blogger and the sponsor of the following blogs:
HBS Author's Spotlight
eBook Author’s Corner
HBS Mystery Reader’s Circle
Posted by James Moushon at 8:02 AM

Labels: Dianne Harman, Holly and the Ruined Party, Krystal Doolittle, Little Feather, Murder at the Manor, Murder in the Forest, Murder in Vancouver, The Other Witch, The War Hero's Welcome 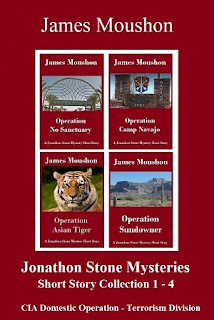